Program Description
This comprehensive day course will provide the bedside nurse and members of the rapid response team (RRT) with the tools necessary to recognize clinical deterioration and avert failure to rescue. The course will begin with an overview of the rapid response system (RRS) and the subsequent development of an RRT. This is followed by an overview of the roles for the bedside caregiver and members of the RRT. Detailed scenarios will be presented that will challenge the attendee to critically think through the process of assessment, identification of the problem and then strategies for management.

Program Learning Outcomes
This program prepares the learner to: 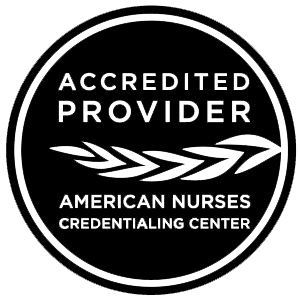 MED-ED, Inc. is accredited as a provider of nursing continuing professional development by American Nurses Credentialing Center’s Commission on Accreditation.

MED-ED, Inc. is an approved provider by the following State Boards of Nursing: Florida/FBN 50-1286 and California #CEP10453.

Michael began his medical professional career in 1987 after graduating with a degree in respiratory care. He began working in North Carolina for a large healthcare system and was assigned to various intensive care units, where he managed ventilators, assisted with hemodynamic monitoring and provided respiratory therapy to clients in the adult and neonatal intensive care units. Later, he obtained a degree in Nursing and transitioned to a nursing role where he often worked in the dual role of respiratory care practitioner and registered nurse. He worked in various departments, such as cardiac catheterization, interventional lab, electrophysiology lab and ground transport team, and eventually was a team leader for the hospital-based rapid response team.

His work experience ranges from being a critical care nurse, flight and ground transport nurse and post-anesthesia care nurse. Currently, he practices in a free-standing emergency department. Along with being a bedside nurse, Michael is often involved in education for his own department, as well as other departments hospital-wide. Michael precepts new nurses and senior nursing students and often assists his hospital’s staff education department in providing ACLS and PALS classes, along with lectures for the critical care nursing staff.

Michael has presented numerous local and national podium presentations. He has presented several lectures on a national level from major nursing conferences as well as presenting at the International ANCC Magnet Conference. He has received several awards for his work and education. He is also a two-time recipient in nurse excellence from his healthcare system and received the North Carolina Great 100 Nurse award for outstanding practice.

Friendly return policy. You may return any unopened bookstore item for any reason within 30 days of the purchase date and receive a full refund. Shipping and handling fees incurred are nonrefundable. To request a return or exchange, please call 800-763-3332.